It’s not often that I do the whole “emotional honesty” thing. As a comedian and general social wreck of a man, I find sincerity of any kind almost impossible to extract from my brain. Like coughing so hard that I sick up my hip bone, it’s just not something that my body wants to do.

Still. Here we are.

Four years ago, I had just auditioned to join The Beta Males. I couldn’t imagine anything more stressful until I got a call telling me that my little brother had been rushed to hospital with an incredibly rare brain disease.

Turns out the wee chap had woken up one morning, got out of bed, and promptly collapsed to the floor. He tried this again a couple more times before writing off any serious locomotion as a fool’s errand. His eyes were out of focus and his words were slurring.

Basically he was drunk, only without the fun of actually having had any booze. Plus, I guess, the added crippling terror of being largely paralysed and having no fucking clue what was happening.

After mentioning this to his university friends he was eventually dragged to hospital where he sat surrounded by the elderly and the frail in the Acute Stroke Unit, waiting to find out what had happened.

He was eventually diagnosed with Miller-Fisher Syndrome: a one in a million brain disease where the body’s immune system decides “hell, absorbing and destroying invading organisms just isn’t enough for this guy, let’s start eating through nerves in the fucking spine and brain. You know. For a laugh.” 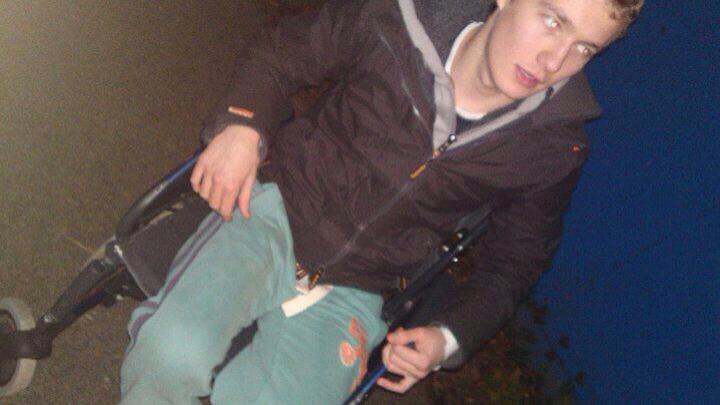 Jack, shortly after being admitted to hospital. Look at him. He’s having a great time.

I took a few days off work to go and see him in hospital and dang. It wasn’t fun, I’ll give you that much. His eyes were unfocussed with pupils like manhole covers and he was unable to walk more than a few steps. The sight of my little brother – nineteen years old and usually so strong and fit – lying in a stroke ward unable to move is something that will stick with me forever.

Thankfully, after a lot of physiotherapy and generally being a rad dude, he started to recover. Learned to walk again, got his sight back – all that jazz. Well done the NHS &c.

Then he did something I didn’t expect (not that I expected him to suddenly get better and walk again but-ahh you know what I mean). He signed up to run a Tough Guy race.

Tough Guy competitions, in case you’re unaware, are hilariously strenuous endurance races, seemingly designed by maniacs who thought that regular physical excertion was too easy, and should be pepped up with completely reasonable obstacles such as barbed wire, underwater mazes and actual fucking fire. 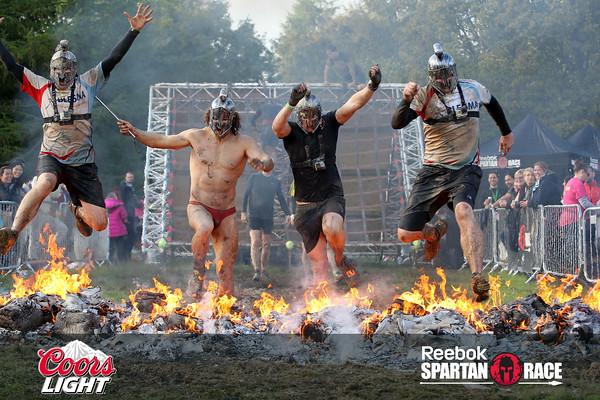 That’s him. Second from right. Idiot.

After raising a couple of hundred quid for the British Heart Foundation, any normal human being would be pretty pleased with themselves. You know? Content to have overcome a paralysing brain disease and put their body through a nightmarish ordeal for the benefit of others.

He then decided to do more. Eight more. As he is a better peson than I will ever be, he dedicated 2014 to running every endurance race he could to raise money for The Great Ormond Street Hospital, in the hopes that other young people who found themselves in hospital would have a slightly less bleak time of it than he did.

He ran the Winter Tough Guy, where he passed out halfway through, came to and only deigned to be treated for hypothermia once he had finished the race. He ran the Tough Mudder, popping his knee out of whack, sitting in an ambulance and then finishing the goddamn race. 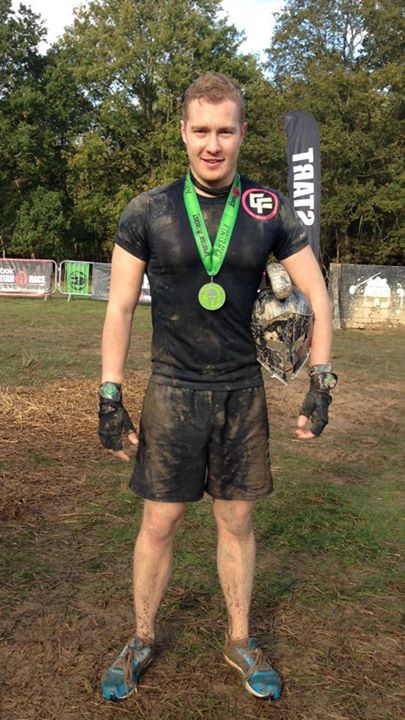 He did this one wearing a metal helmet. Of course he did.
FFS.

When people say they put blood, sweat and tears into something, it’s normally a figure of speech. Not my little brother. He saw how lucky he was to have made his recovery and used this to help people who needed it.

Here’s the mushy bit. Strap in. 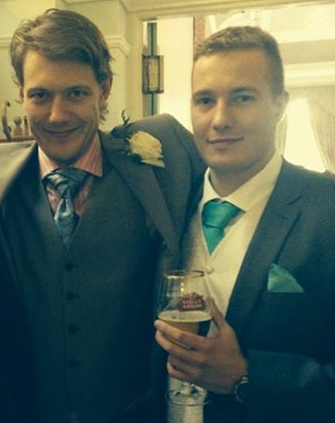 Oh look he was my best man HOW FUCKING LOVELY

I am so, so proud of my brother that I can’t articulate it. He has achieved so much and done it all with good grace and a smile. I love him to pieces. He has shown strength and commitment greater than I ever expected, certainly greater thanh I could ever show myself. I am honoured to be related to him: he is a very good man indeed.

Fuck me, right?! Have you seen the shit this guy put himself through? Idiot.

So far, his hard work has raissed over £1300 for Great Ormond Street. His Fundraising page is open until January 2015.

Let’s see if we can push it a little higher, shall we?

I hope you agree with me when I say that Jack truly has done something amazing. 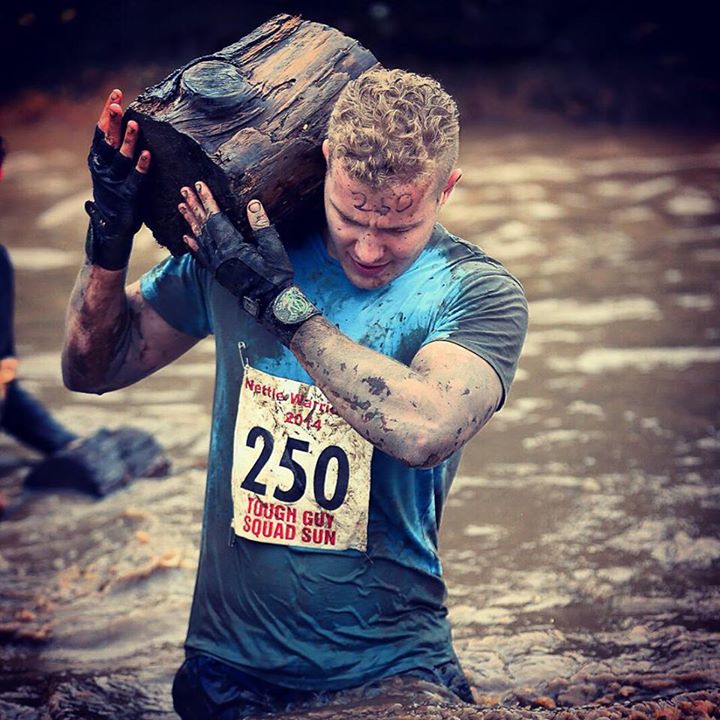 N.b. I have no idea who took most of these photos as they were mainly culled from Facebook. Sorry about that. This is in no way intended to rip anyone off, just to show off what a Grade A Rad Dude my brother really is, while hopefully raising some money on the side.